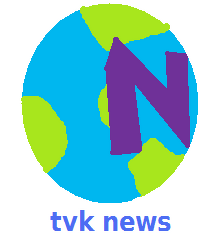 On January 19, 2013 the company was established. Megabom was dissolved in the process. The logo is the same as the last TVK News logo, but the "N" is on the right, not in the middle, which reveals the full "middle" island.

The logo along with three other variants

Recolored to match the main channel's colors, not TVK HD's.