Simgis Incorporated (Japanese: シムギス Shimugisu) is a Yurkish company who was involved in the development of some games (especially their Japanese versions).

Grimun established Simgis in 1978 under the name Grimun Studios. In 1995 it was renamed Simgis Games Corporation ("Games" was added in 2000 but never put in actual use), and in 2012 they closed down themselves only to come back on November 2, 2012 incorporated instead of being a corporation.

"Sim" comes from the Sim games (like SimCity for example). "gis" stands for Grimun Studios, the name used prior to 1995. That Simgis would work on Japanese versions of certain games would not become a thing till the late 90s and happened because of the N64 version of SimCity 2000 and the 64DD game SimCity 64.

At the same time, Grimun Studios was rebranded as Simgis.

When shown at the start of a game made (or developed) by Simgis, the logo would play the "PlayStation" start-up jingle. The diamond is alone, until the wordmark "SIMGIS" appears from nowhere. 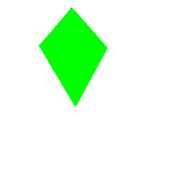 The logo without the wordmark. This variant was used even after the wordmark change 1999
Lägg till ett foto i detta galleri

Same as before, but the wordmark was changed. The game logo's jingle was not changed.

A yellow tree was added, removing the diamond above the wordmark. Around it is a circle, with the yellow tree inside it. The wordmark says "SIMGIS", like the name of the company.

This logo is the same as the previous logo but the wordmark is dark blue, not green.

The logo without the wordmark. The 2000 logo does not have this; the logo starts to flip around and then the logo is shown.

Unused logo made on March 21, 2012 intended to replace the 2002 logo but never did
Lägg till ett foto i detta galleri

The yellow tree from 2000 was dropped and it just says "Simgis". Simgis then closed themselves 35 seconds after adopting the logo, saying that this is the end of their lifetime.

On November 2, 2012 Simgis returned after a few months hiatus. Their full name is now Simgis Incorporated. instead of Simgis Corporation. A tree is above the wordmark, which now uses the old "Pepsi" font. According to Simgis themselves, a new logo will be made in December 2012 because this logo did suck.

After returning, the owner of this company has sent a request to Thevmedia and they accepted it.

Despite having planned a logo change in December 2012, it never happened that month. Finally, on December 1, 2018 they changed the logo after six years of using a logo they didn't like in the end.