Yurkvision full name was Yurkish Television. It was used until 1960. Yurkvision bought SVT3, SVT8 and its channels around them in 1996. Thevmedia brought the company in 2000.

Proposed logo if the company kept the font but not the name, made back on January 9, 2001 by Olkov Armiv.
Lägg till ett foto i detta galleri

The logo in a box, 2004. There's a version without the starflower.
Lägg till ett foto i detta galleri

A starflower was added to the logo in 2006, even though the box logo from 2004 did use it before this time.

In 2011, the starflower was remade to look like the SVT one. The font for the wordmark was changed too. The SVT Group sold their channels to Thevmedia in the beginning of 2012, but not the secondary SVT3 channels (which was sold to Thevmedia at 6:59 PM on May 14, 2012). 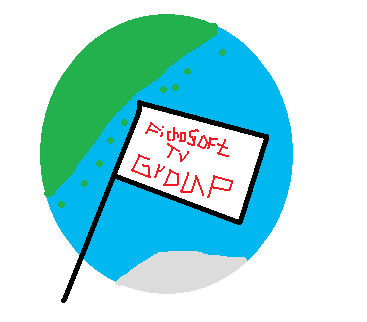 On May 15, 2012 The SVT Group merged with the following companies:

Ficrosoft TV Group was created as a result of this.

On September 6, 2012 at 12:58 AM, Laub Pelisati was going to access canyoufindme.com, but something unexcepted occured, causing him to get AIDS and two seizures. This also happened to the other employees. Because of this, Thevmedia had to use "OlkovFixer" to remove the AIDS. To avoid getting more seizures, a new logo had to be made.

On January 19, 2013 Ficrosft TV Group presented a new logo. It is like the previous one, but it looks like more modern, except for the font.

On December 1, 2013 Ficrosoft was dissolved and merged into Thevmedia Operating System Development Division along with Opal Computers Ltd.. Because of that, Thevmedia decided on April 19, 2014 to mark Ficrosoft TV Group as unused. "This means that any company can buy it should they wish, at any time.", Olkov Armiv says.