YaberOlan Wiki
Register
Don't have an account?
Sign In
Advertisement
in: Pages with the template Clear, Yurkish video games

The Volkswagen New Beetles keep killing LEGO cars, even in this game, Beetle Racers 3! It uses a different engine and has more, more tracks and one more thing, all tracks from previous games return!

The game was released on August 23, 2012 for the Kristbox 580, Unga Wii (as well as its disk drive and despite being replaced, the expansion kit) and on August 24, 2012 for Unga Wii's handheld systems Unga DS and 3DS (and Pocket Uii despite it also being replaced), and in October 2013 as a launch title for the Unga 2DS.

The update servers were shut down on December 3, 2013.

The graphics used for the poster

There are two cheats called DEBUGENABLE (DEBUGDISABLE) and GAMEWIN but these are disabled by default. TESTGAMETOSEEIFITWORKS is another unused cheat. The effect of the disabled cheats exists in the text document "cheats.txt". The last lines were cut in-game.

In "beetleracer3text.exe", there are some unused lines.

Only used in debug menu (see below).

Actually, this is Beetle Adventure Racing! translated into Japanese! 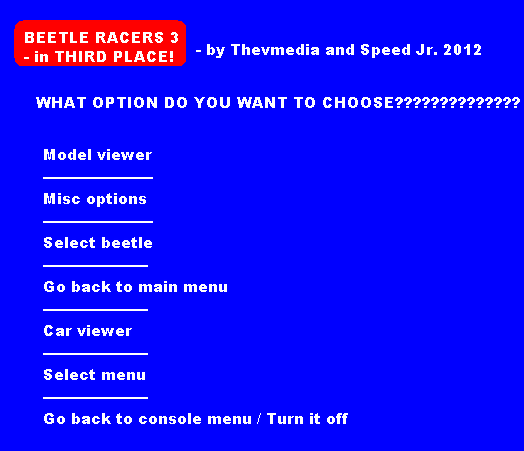 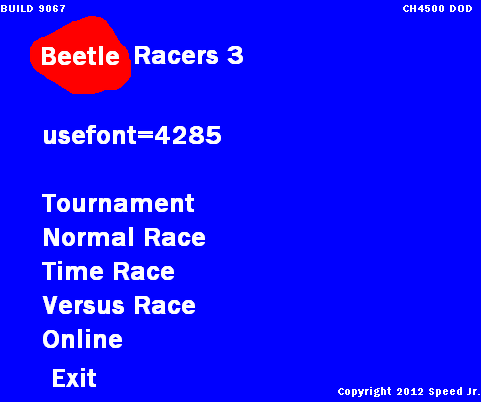 The "usefont=" debug line is only used in the debug menu, but very rarely, the Build text will be replaced by the debug line. The font can be changed. Also the build text and the weird text at the top is triggered. 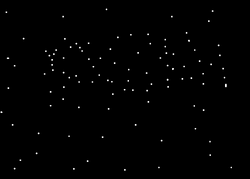 The space texture for Space Track has a hidden name; if the player completes the puzzle by following the awful stars, "YOSHI" is found. 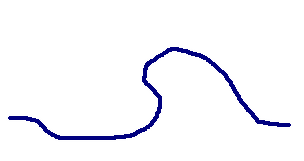 The first intro course actually has a mini-map. Since the code says "This mini-map cannot be seen in game, not even in the debug menu", it can never appear in-game, and changing the code will make the game reset it. 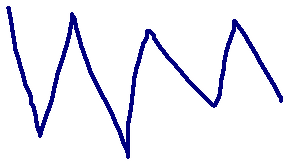 The second intro course has a mini-map, but it's code say "NEVER APPEAR AT ALL IN GAME", so it can never appear in-game.

This object is the early pyramid seen in one of the tracks. The object has collision and it's stats says "999".

It's a Paint trick flag, and it is unused! Though it will appear if the game freezes when the issue was created. 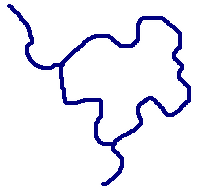 This mini-map is unused. It is actually a mini-map of Coventry Cove, but the road doesn't go the same anywhere. 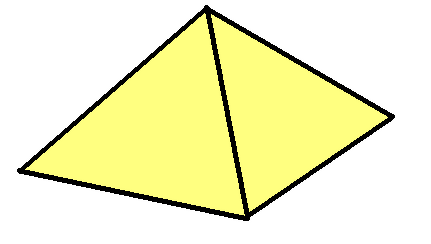