YaberOlan Wiki
Register
Don't have an account?
Sign In
Advertisement
in: Pages requiring cleanup, Pages with the template Clear, To do

This is a sub-page of Beetle Adventure Racing!/The Untold Content?.

Some of the content here might be present on other sub-pages too. If so, remove the information on that sub-page and copy it over to here. 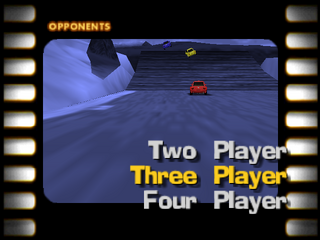 There are eight actors for Beetles in this menu track setup. One of them happens to be placed too high to be visible under normal circumstances. 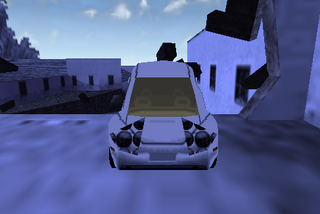 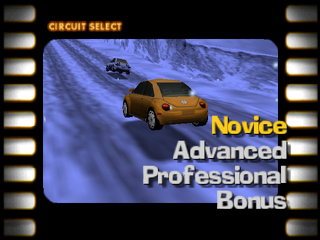 AI Beetle is used by the AI except for the demo and credits (where Default Beetle #1? is used instead). The reason is unknown.

For some odd reason, Inferno Isle, Stadium (MULT 3) and Woods (MULT 9) will always play MIDI 5 (Inferno Isle) upon starting a race even with the track music cheat set to Random. However, since Stadium and Woods can only be played in Beetle Battle, which isn't affected by this oddity, the player won't experience it in that mode on these two arenas. 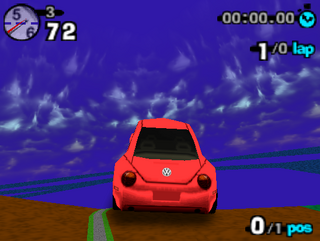 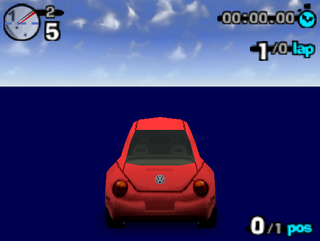 For some reason, the start position is not on the track model, but rather over water, making the player unable to explore the track. 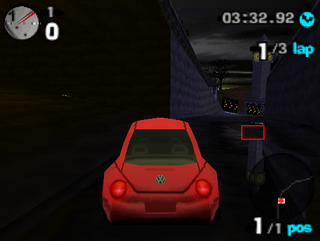 The reflected clock tower building in the puddle has two things of interest:

Also, for some reason, when the track is viewed in the model viewer, the game freezes before the track is seen but after the music starts playing. The reason is unknown.

The track is suffering from the same model viewer issue as Wicked Woods. The reason is unknown. 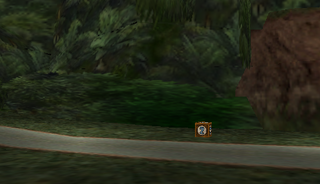 For some reason, there are five spots along the tree walls in the shortcut colored green which isn't the same green tone present elsewhere on the track. They are more noticeable if the player plays with a plugin where the green color of the tree walls don't render. 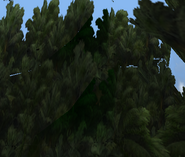 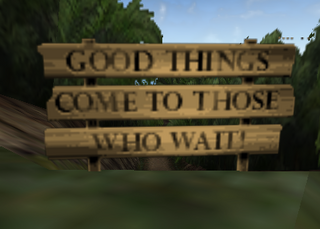 This sign is actually the same as the one in Sunset Sands close to the red elevator that takes the player to an underground area. To try to trick the player into that it is not the same sign, it is placed the other way. The odd thing about it is that the sign should not be here at all. 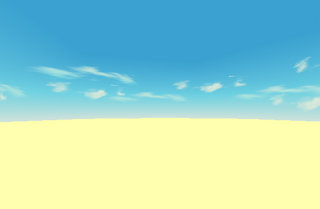 For some reason, the environment texture is a dark sky with black clouds. Once inverted, it becomes a bright sky. 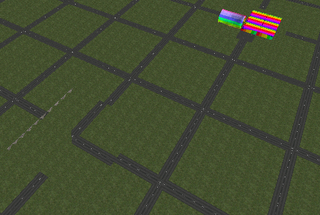 One of the intersection blocks was replaced by an edge block.

The collision does not match up with the track model on some parts of two of the testing areas.

This arena's name, Ice Flows, is a misspelling of Ice Floes, which is what the arena actually consists of. 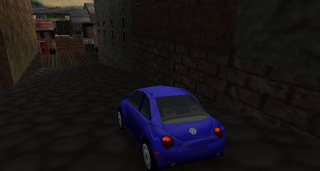 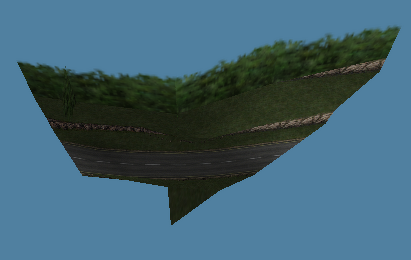 There is also a portion not so far from the waterwheel that is for some reason part of the track model instead of being completely removed.

The phone gag doesn't play on either of the two phone booths when they are hit. 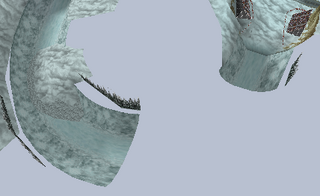 Part of the shortcut is cut off for some reason.

The track model of INTRO4 lacks a part near the left pyramid (including the pyramid itself) because that area is on the other side of the intro boundary.

Since the intro tracks are just the main tracks with a different track model (and no full mini-map), the underground area and the trigger for changing the track model while on the elevator are still present.

Also, the portion behind the water area is loaded for some reason.

At the end of the highway, in the normally inaccessible portion of it, parts of it are cut off for reasons unknown. 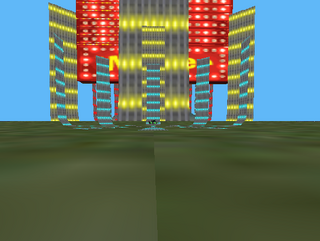 Due to how the objects used by the victory ceremony are set up, it always loads everything part of them even if they are not supposed to be used on that difficulty, if so then they are simply placed off-screen.